How To … Create a Custom Stencil

Custom stencils are a very effective way to build prototypes! With only a few clicks you can quickly design your individual collection of custom-built elements. This helps to save time as you can reuse them again and again. Plus: Custom stencils ensure a consistent design throughout the entire prototype by employing them as templates. And here is how it goes …

Custom stencils are templates that can either be built from scratch using the stencil palette or from an existing group of elements in your prototype. They can serve as convenient building blocks for your prototype as you only have to design a custom stencil once and can quickly change it across the entire prototype by altering any instance of it. To create a new custom stencil from scratch, simply click on the “CREATE STENCIL” button at the top of the stencil palette. 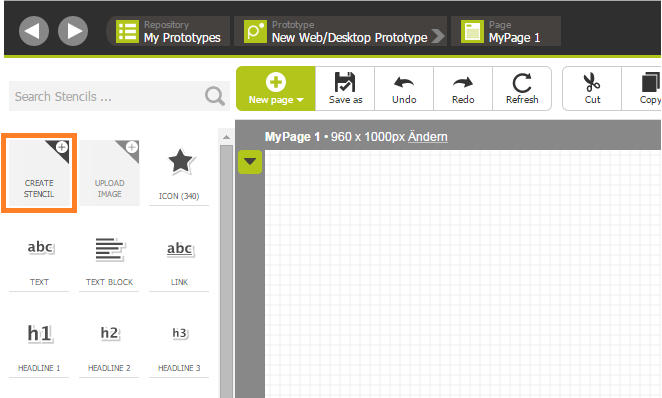 Creating a custom stencil in Pidoco

This will open a new canvas where you can design your stencil. You can use any element in the stencil palette (including regular stencils, but also uploaded images, icons or even other custom stencils) and also add interactions. If you haven’t already done so, give your custom stencil a name by double clicking on it in the breadcrumb navigation. 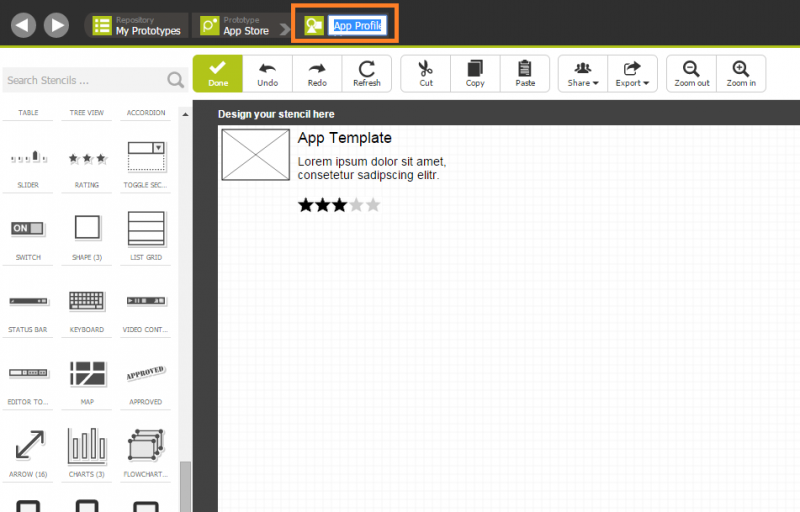 Once you’re finished, click on “Done” in the toolbar to close the custom stencil canvas and get back to the page. The new custom stencil will be added to the end of the stencil palette and can easily be identified by the preview image with the dark edge. 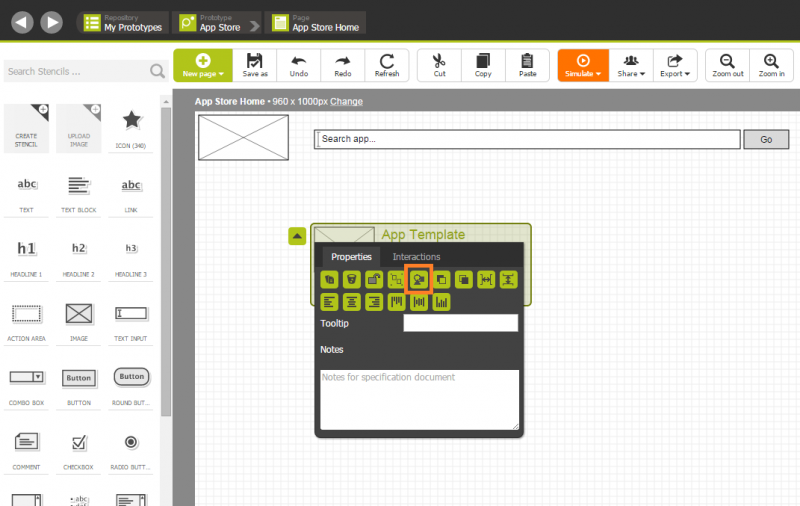 Converting a group of elements to a custom stencil 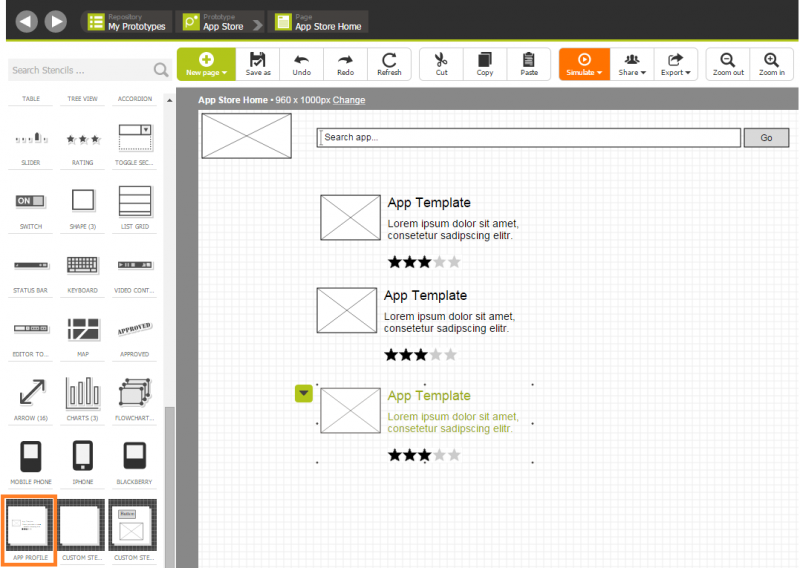 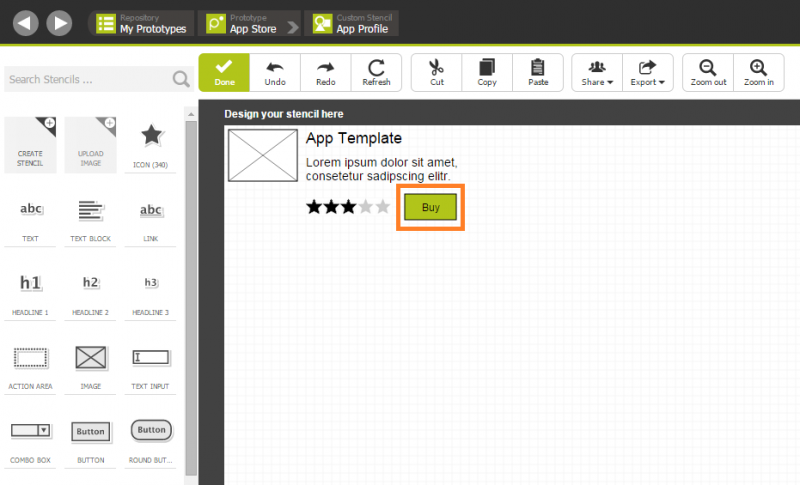 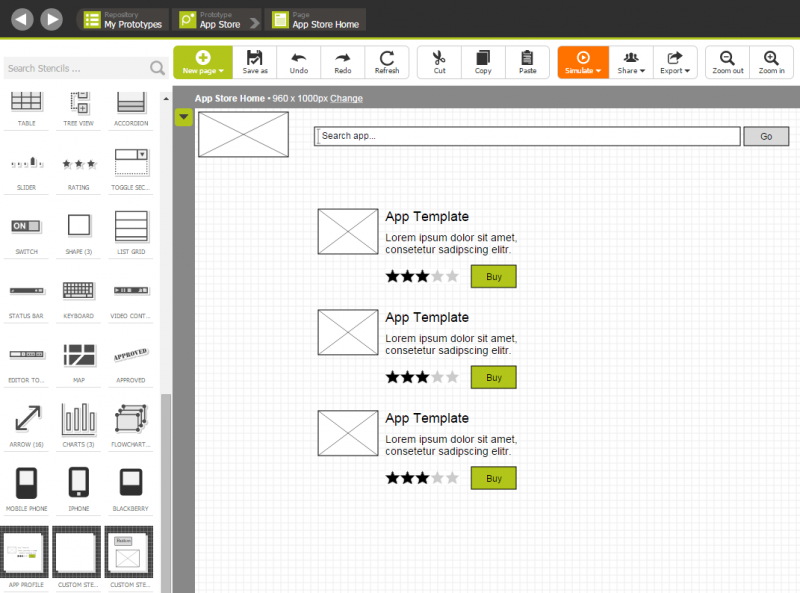 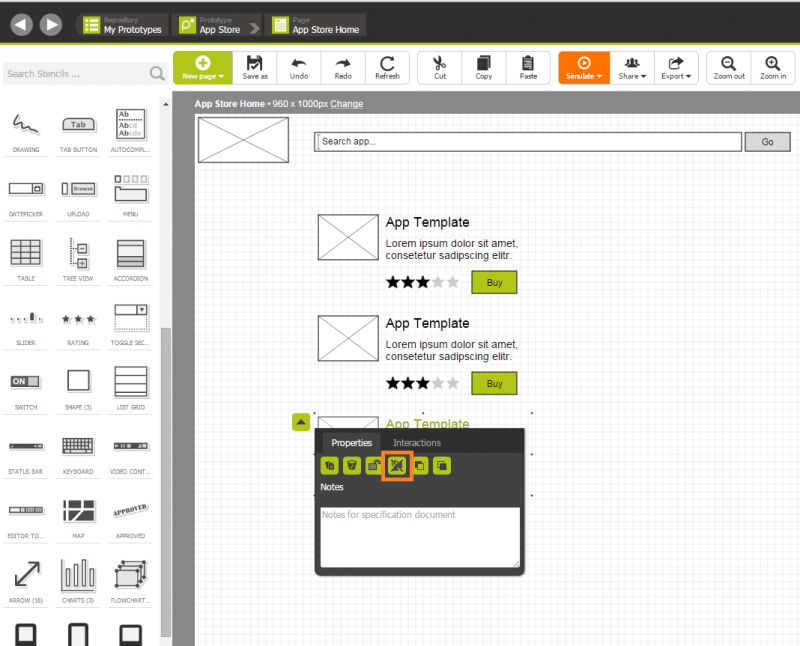 Detaching an instance of a Custom Stencil from the template

Note: Before you can start editing the stencil, you will have to ungroup the elements by clicking on “Ungroup elements” in the context menu as they have been grouped to make it easier to identify and position the stencil. Now you can easily play with the components of the custom stencil and e.g. adapt headlines or add image captions while maintaining consistency. 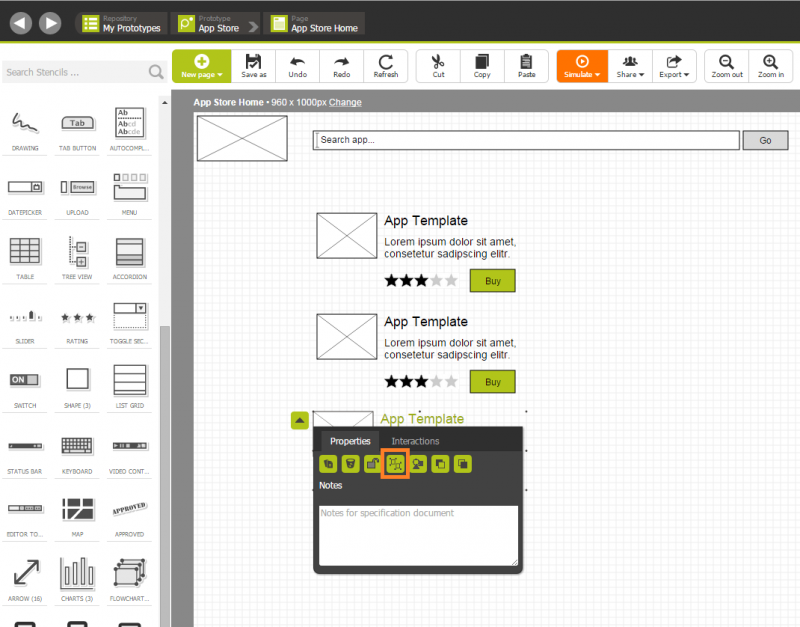 That’s it! You have successfully created and edited your first custom stencil!

Do you need help working with custom stencils? Then do not hesitate and drop us a line via support@pidoco.com or Facebook and Twitter.