Looking back: Pidoco at Web Summit 2014

Every year at the beginning of November, Dublin becomes the international tech capital as the Web Summit takes place all over the Irish capital. This event is a real success story! It was first held in 2010 as a meeting of a few hundred Irish IT specialists and now is Europe’s possibly most influential technology event. This year, the Web Summit took place from November 4 to 6 and attracted 22,000 attendees from more than 100 countries.

But it was not only a simple conference; there were actually eight summits – the Enterprise, Machine, Marketing, Music, Builders, Sport, Night and Food Summit – grouped under the umbrella of the Web Summit. The Web Summit also included more events and stages like several startup and attendee workshops, roundtables, the center and library stage and the cinema. Additionally, there were more than 500 speakers, like Drew Houston (founder of Dropbox), Bono (lead singer of U2), Lars Silberbauer Andersen (Global Director of Social Media at LEGO), or Eric Wahlforss (co-founder of SoundCloud), Tony Hawk (Skater) or Mark Pincus (founder of Zynga) just to drop a few names. So we were very excited to be part of Web Summit and curious what to expect in Dublin. 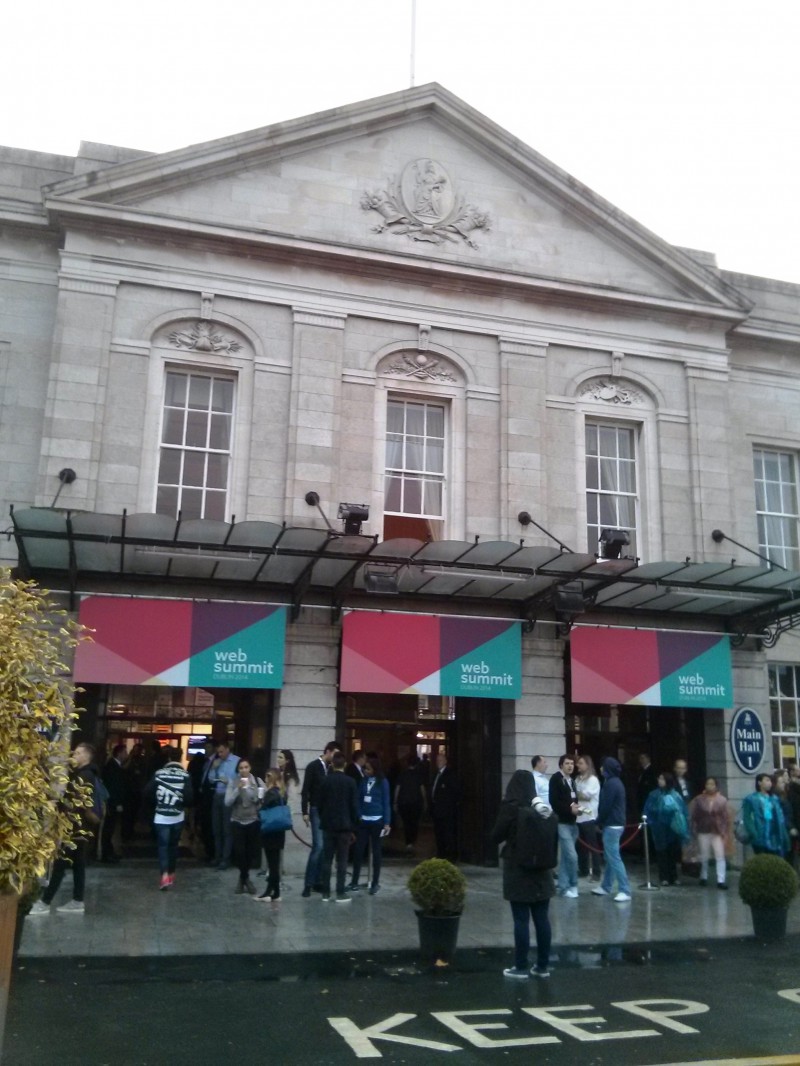 The entrance of the Web Summit main hall.

After arriving in Dublin on Monday evening, we got a little sightseeing tour of the city using one of the coaches from the airport straight to our hotel. As it was our first time in this beautiful Irish capital, we were impressed by the skyline, the old and new buildings like the Trinity College, Dublin Castle or the Samuel Beckett Bridge and the Docklands as well as by the beautiful parks and statues, and of course by the friendly and cheerful Dubliners. 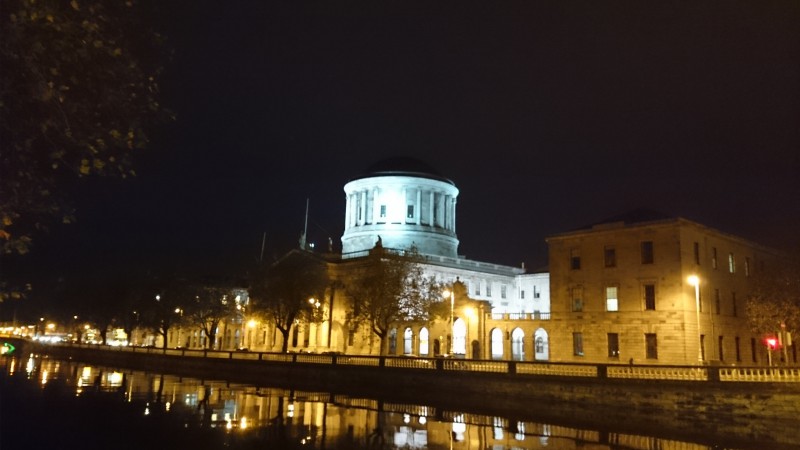 Dublin at night – The Four Courts.

As the Web Summit started on Tuesday, we got there early to register and were welcomed by the friendly volunteers handing over our passes and wristbands including additional information and helpful hints. (The next day there were even volunteers welcoming visitors dancing to 80’s disco music.)

We basically spent Tuesday and Thursday in the various halls, strolled from stand to stand, had inspiring conversations with exhibitors from all over the world, met old and made new friends. And of course we attended some of the events, e.g. Tom Preston Werner presenting the project codestarter, Peter Thiel as well as Jules Coleman and Blake Mizerany talking about scaling a very small product up to a large product and keeping technology very simple. We were also really impressed by Leland Melvin, the former NFL player who later became an NASA astronaut. We would have loved to attend more presentations and listen to more impressive stories, especially as there were so many different topics and summits. Unfortunately, our schedule was so tight that we were not able to make it to many.

On Wednesday, we presented at the Builder’s summit and used the opportunity to extend our network as well as to talk to visitors and new partners. We had great conversations and received really inspiring feedback on the interactive features, we released this summer. 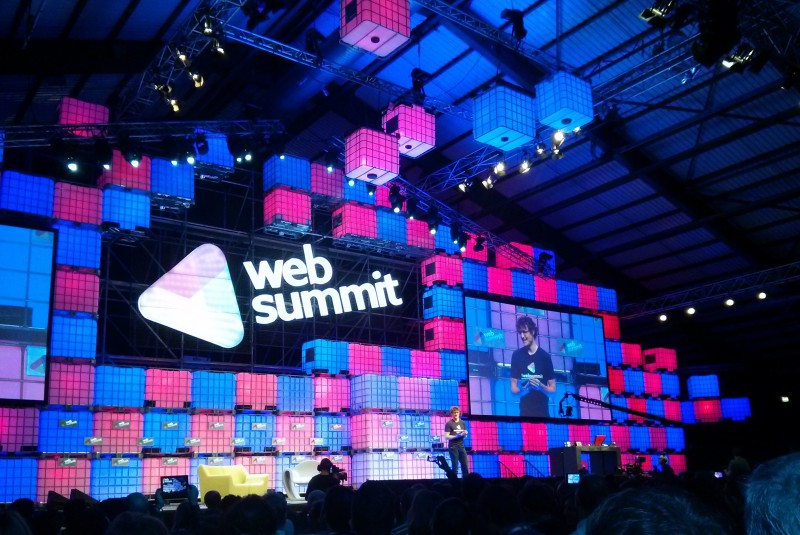 The Center Stage of the Web Summit.

As the Night Summit was an official part of the Web Summit as well, we also explored Dublin at night and luckily ended up in the “right” pub on Wednesday to see the English rockers The Kooks, met up with friends and connected with new partners while enjoying the delicious Irish pub culture. 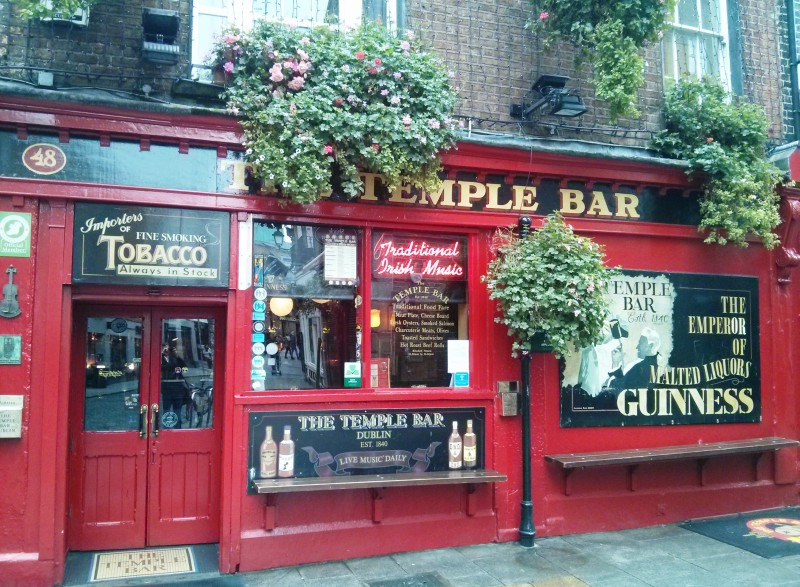 We had a great week in Dublin and were impressed with our very first Web Summit! So we really thank all of you, who visited our stand and contributed to Web Summit. A massive thank you also goes out to the organizers for creating this awesome event! We will definitely come back!

Here are some more impressions of our trip to Dublin: 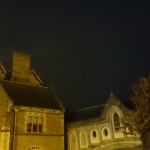 Dublin at night – The Dublin Castle. 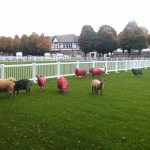 The colorful side of the Web Summit. 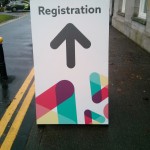 The way towards the registration and ticket pick-up.