The article will be posted in 3 parts -which should be released a week after another.

Developing a software application is a creative and complex process. It becomes specially challenging when trying to design an interface which suits the end-user. Designers, project managers and programmers all have different views on how to approach their common goal: a successful, stable and user-friendly design. I bet there are a few of you and one of them is me!

Most problems come up at a stage where a lot of design and programming work has already been invested. These problems become apparent when the test-users start getting their fingers dirty and as soon as they uncover flaws with your work, a lot of heartache will follow. User-tests are necessary yet are often deployed when it is ‘nearly too late’. Don’t get me wrong, I’m a keen supporter of usability tests but I believe that the traditional ways of running such tests are outdated.

The user should be included in the production process as soon as possible. The sooner this happens, the less time and money you will spend on conducting usability tests since you will be able to spot the flaws at an early stage. Makes sense, right? 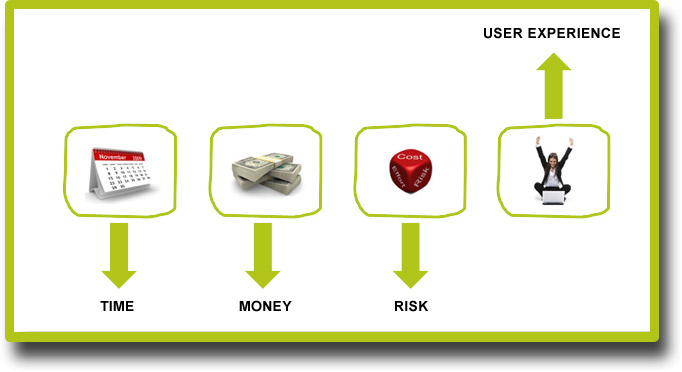 So why do we keep insisting on setting up expensive test labs and pay thousands of dollars for expensive equipment and spend time and money in finding the right test-users? I want to present you a different approach to user-testing, a way which may very well change your attitude towards the established forms and also a way which can save you from those troubles mentioned earlier.

In order to gain the feedback you need, it always helps to gather qualitative data of users which can test your product in the right environment. Having housewifes, students or seniors sitting in your office and trying out that new e-commerce website for your client isn’t the way forward, or is it? Well, i think it is defenitely more safe and reliable to let them stay at home and do it from their own desk. Why ruin that new test-rig if you can get your test-users to work remotely?

Remote Usability Tests are conducted in the natural environment of the user (e.g. at home).

The fact that it is conducted remotely and not in a lab environment has a lot of benefits:

As the name suggests, synchronous testing is done on a one-to-one basis and in real time. The test-user will be running tasks set by the moderator which then can be closely monitored and recorded. The moderator’s difficult task is to interpret and evaluate the test-user’s problems with the product. This is not an easy task and it takes a lot of experience and well refined ability to use the feedback in the most effective way possible. This is why synchronous Usability testing is often done with low-fi prototypes – therefore early testing is possible.

The advantages of Synchronous Usability Testing are:

Next week, part TWO of this article will follow.